A 60th anniversary, and “Prescribing Horror” — a week for thalidomide 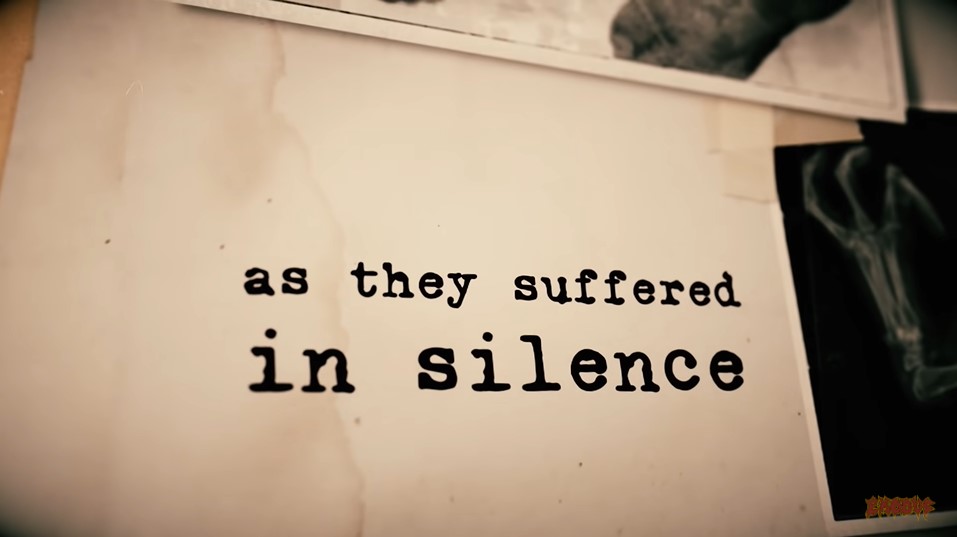 It has been a week in the thalidomide world.

November 27 marked the 60th anniversary of the market withdrawal of Contergan (the German trademark name for thalidomide). This anniversary was commemorated by the German Association of People affected by Thalidomide (Bundesverband Contergangeschädigter) with a proper online symposium; but right alongside this event came the release of “Prescribing Horror,” a track on the new album by Exodus, an American thrash metal band — a gritty and disturbing song — about thalidomide.

On the surface, these two odes to the drug and its legacy seem to be at opposite ends of the spectrum.

The symposium was slickly produced online, and featured well-dressed gentlefolk, who spoke of medical care, responsibility, guilt, and forgiveness, as well as the future of the German Foundation, which provides assistance to (with a few exceptions) German survivors. Individuals affected by thalidomide appear in video clips or live, throughout, well-dressed, well-spoken, and seemingly content. There were cultural and memorial rooms to visit. The entire symposium was, however, available only in the German language, with no translations other than German sign language. 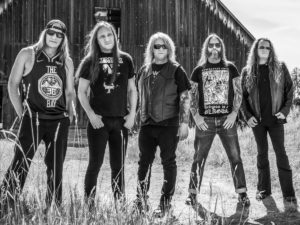 The song on the other hand. “Prescribing Horror” by Exodus is a dark and piercing music video, with lyrics that cut through any attempt to sugar coat what this drug did. The vocals are loud and insistent. And those affected by thalidomide are depicted as x-rays, or isolated deformed limbs, with humanity stripped away. There is no forgiveness, and, certainly, no one taking responsibility.

But let’s talk about shock.

The 60th anniversary symposium was not without a shock, which came in the form of a video that was aired for the first time on November 27. Dr. Michael Wirtz, shareholder of Grünenthal (and a part of the founding family), apologized to those affected and their families on behalf of his family. The actual video was made in October, during a personal conversation with Georg Löwenhauser, who is a thalidomide survivor. An excerpt of this conversation was shown publicly during the event, and had survivors everywhere buzzing.

US Thalidomide Survivors board member (and Australian survivor), Jeff Green, commented, “For me, this apology has come way too late; many parents had to shoulder the blame while the drug company protected itself. But for some, it may bring closure and the ability to move on. Only time will tell.”

An apology shouldn’t shock. But this one did, because it comes from a company that has found it so hard to apologize over the past 60 years, and so hard to take responsibility. And there are thousands the world over — including in the United States — who still have not been assisted with the devastating effects of this drug. In fact, his apology was directed at victims in Germany and across Europe; no mention of Australia, Canada, and definitely not the United States.

It is “Prescribing Horror” that brings us back to reality.

The song’s in-your face lyrics include the following: 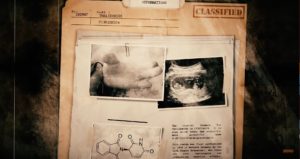 A mother’s ruin
All for another’s greed

“This music video,” says JoJo Calora, USTS President, “is powerful and shocking, and reminds people how terrible it was, and that we are still here surviving the horror as we live the remainder of our lives. It will compliment our upcoming US campaign, and raises awareness of the real history of thalidomide in the US.”

60 years after the withdrawal of Contergan reminds us how much time has passed. How old we are becoming, and how much more there is to do.  US survivors are mobilizing as you read this, and look forward to joining our brothers and sisters worldwide very soon.

You can view the music video, “Prescribing Horror” below. View at your own risk; we are warning you that you may find both the lyrics and the visuals disturbing. But just like our world as thalidomide survivors, it deals in harsh reality; and no amount of reflection and apology will ever change this.