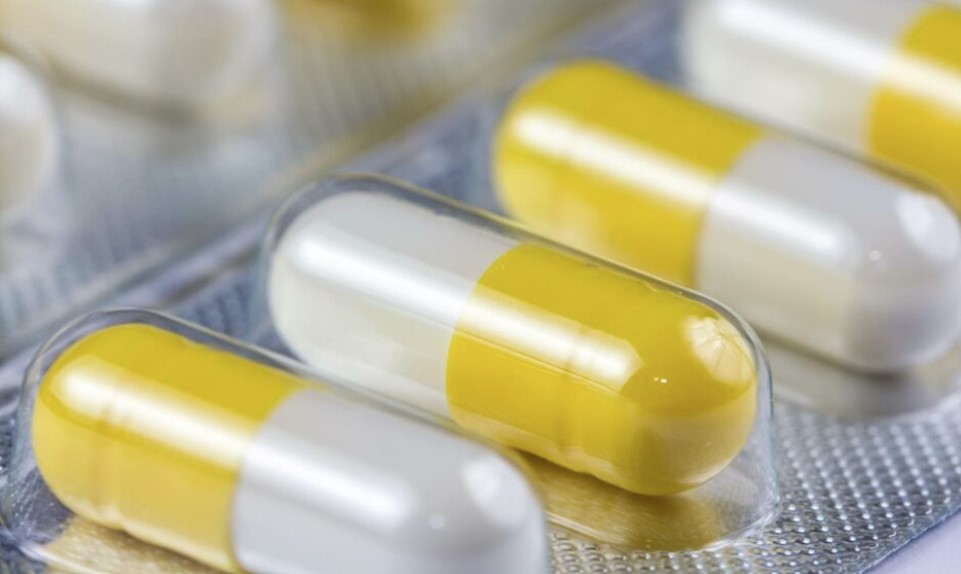 by Neil Vargesson; printed originally in The Press and Journal, November 29, 2021 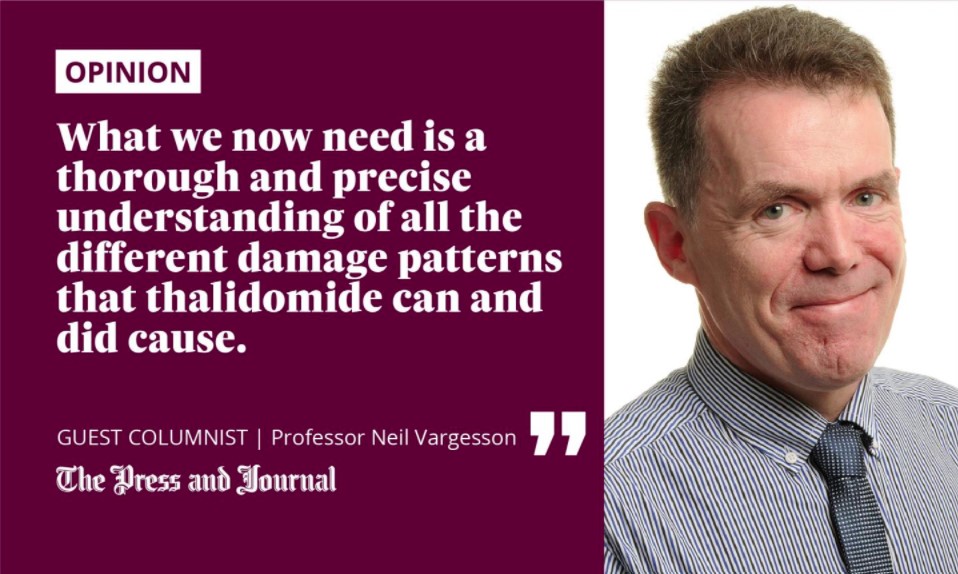 In late November 1961, the controversial drug thalidomide was withdrawn from the market.

It had been approved as a safe and effective sedative in 1957 and was later shown to be useful in treating morning sickness. It was believed to be so safe that it was available over the counter in several countries.

By the time it was withdrawn, its reputation was very different. Thalidomide was found to be the cause of an epidemic of at least 10,000, and possibly as high as 100,000, children worldwide born with severe birth differences to mothers who used the drug during pregnancy.

Throughout the decades, the public has become familiar with stereotypical images of thalidomide survivors with arms where the long bones are missing or shortened. But thalidomide also affected many other tissues, including legs, eyes, ears, face, the spine and the cardiovascular, gastrointestinal, reproductive and urinary systems.

Sadly, due to such wide-ranging effects, as many as 40% of babies damaged by the drug died before their first birthday.

Why continue to use such a devastating drug?

With such devastating consequences, it would be natural to think that, 60 years on, thalidomide has been consigned to a distressing chapter of our history. But this was far from the end of the thalidomide story. Despite the known risks, thalidomide is still prescribed successfully today for conditions including a type of bone marrow cancer known as multiple myeloma and complications of leprosy.

This, of course, does not mean that lessons from the past have not been learned. At the University of Aberdeen, we have been leading research to gain a better understanding of the risks and the mechanisms of the drug, and to determine if new forms of thalidomide can be made which retain the clinical benefit without causing birth defects.

But why continue with a drug known to cause such devastation?

Thalidomide has been shown to be very effective at downregulating inflammatory response in the body. The need to control such responses had been brought to global attention through the Covid-19 pandemic, and the potential of thalidomide as a treatment for lung inflammation as a result of Covid is being explored.

Recent work has also demonstrated the drug’s ability to prevent blood vessel formation, which is useful for cancer treatment and, for conditions like multiple myeloma, there are few other viable treatment options available.

When thalidomide is used for clinical treatment with patient safety programs in place, it is a safe and effective drug. However, any mistakes or misuse could lead to children being harmed, and sadly this has been seen recently in Brazil where it was reintroduced to treat leprosy.

The true number of people developmentally affected will never be known

Surprisingly, we still do not understand fully how thalidomide acts in the body or on the embryo and this is what our research is targeting.

Our team’s research has shown that chicken and zebrafish embryos that are exposed to thalidomide suffer the loss of newly formed and forming blood vessels, which then results in a lack of further limb growth and prevents limbs from fully forming. The research also demonstrated that variation and severity of malformation could arise, depending on the timing of thalidomide exposure.

Identifying the time-sensitive nature of the effects of thalidomide has become a cornerstone in the understanding of the drug, which could transform the way it is used in the future.

Improving the safety of thalidomide, however, does not benefit those for whom the effects have already had a devastating impact.

Thalidomide record keeping was poor, the drug was available over the counter and was also handed out as free samples to patients. As such, administration was not recorded on many medical records. This means the true number of people developmentally affected by it will never be known.

Our research has been helping survivors and their families who have suffered difficulties, pain and discrimination as a result of the drug. I have been proud to give expert evidence at a landmark class action lawsuit in Australia and New Zealand, which led to a settlement of more than $100 million for 107 disabled claimants.

What we now need is a thorough and precise understanding of all the different damage patterns that thalidomide can and did cause, and Aberdeen research will continue to strive to provide that.

Only then can we finally explain to survivors, 60 years on, how the drug did what it did to them and fully harness its potential in the future, without ever again exposing children to such terrible risks and a lifetime of pain, difficulty and discrimination.

Learn the Truth about Thalidomide in the U.S. and Help Right the Wrong

Be Supported by
Fellow Thalidomide Survivors.