My Life in Shorthand — Chapter 3 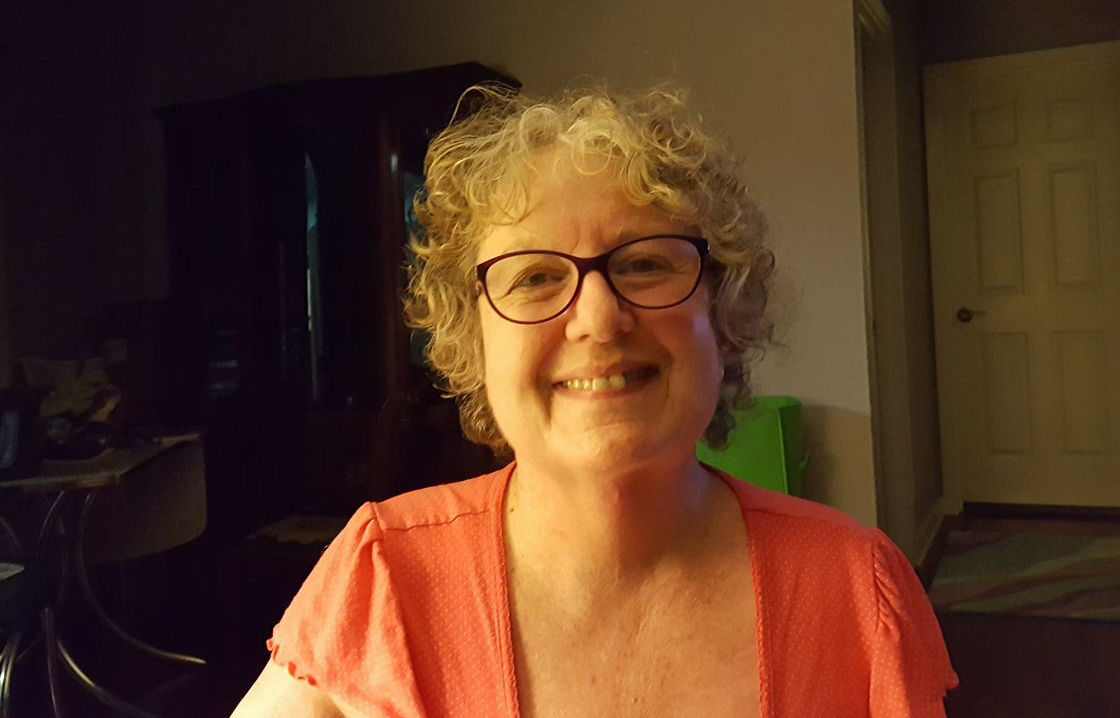 Less than a year after that lonely horrid hospital stay we moved to Massachusettes (from Va.) 1st time we lived off an Army base. We had a super cool kid-friendly house cuz the entire daylight basement was turned into a playhouse for me and my new friends. The house came with a shocking pink player piano.

My father was teaching ROTC at a local engineering college. He brought home a FULL size blackboard. We had a swing set in the big back yard too!

This was a confusing time for me, since my mother would not let me feed myself breakfast. She said, “it would take you too long.” This seemed so odd to me. How did she think I ate lunch? and why was it ok for me to feed myself dinner?

There were so many events around my arms these 3 years. Halloween proved to be horrible. My arms were mistaken for a costume sometimes. I remember trick or treating with my 3 best buddies. One particularly confusing and awful event was when the lady answering the door, obviously did not know me. She grabbed one of my arms (I don’t remember what i went as), pulled it hard and asked “what is THIS??!!”. I was mortified. Mortified because my 3 besties witnessed this. It was awful for me, but soo very embarrassing having it happen in front of people i love.

We never talked about “it”, I never told.

Another Halloween my candy was stolen by the big tough guys right in front of our own house! This had nothing to do with my arms, but i bring it up because once again, I told no one.

I had friends at school, but my relationship with my teachers felt bad. I could never pinpoint it in my little mind, but i’ll give you an example that I am SURE to this day had something to do with my arms and no one’s ability to know how to handle a ” handicapped” child. Remember, there was NO “mainstreaming”, and i never saw a single other disabled child. I came to learn they went to Shriner’s. I was so glad I did not have to be sent away again.

Try-outs for the spring “play” were exciting to me. This particular year was 4th grade and I was LOVING when I got to be center of attention. Like at all the many parties my parents threw, I got to carry the heavy hors d’oeuvres tray around to all the guests. So showing off was a fun thing. It was NOT like how i felt when i was stared at. That sort of center of attention felt horrible.

I wanted to be in the square dance part of the little show. I knew i could not sing, but I knew I could dance since we had square-dancing lessons for gym class sometimes. I don’t remember anyone having trouble holding my hands even when we played Red Rover. they would just put me at the end where one arm was stronger.

When I was not chosen to be part of any of the couple square dancing I was devastated. I stepped right up to my teacher and BEGGED her to let me be the alternative. I have NO idea how I got that idea. Maybe the teacher gave it to me as a way to quiet me up and perhaps stop my crying.

I had become a bit manipulative even by then and I remember telling my teacher my parents would be mad at me if I didn’t get to be in the stage show. (I knew full well they would not be mad at me).

The teacher relented and said I could go to all the practices and be an extra. I learned quickly that she had NO intentions of that happening. She probably never thought an alternate dancer would be needed!

The girl whose partner was the bad boy/trouble maker was too sick the day of the performances. After begging and reminding and getting my Mother involved somehow the teacher switched a few around so my partner would not have to be the “bad boy;” (i personally had nothing against this so-called “bad boy.” He never did anything to me. That I knew of) and said I could perform the 1st show, which was for the small crowd. BUT she would NOT let my mother bring the outfit that would go with all the other dancers’ outfits! She made me wear my regular school clothes from that day!

She MADE me stand out more. My mother was angry! I was confused, but put it aside because my dreams of being onstage were coming true! I was about to be a STAR!

Back then I had all the confidence in the world. I had not been on earth long enough to squash my spirit. I went out on that stage and performed the HECK out of the Virginia Wheel! Not a mistake or hiccup in the world! I’ll NEVER forget the feeling of people cheering for us!

And sure enough, the teacher let my mother bring the proper dress for a proper Virginia Wheel for the second performance where a lot more people would be attending.

One of the biggest traumas for me all through growing up and actually until I worked at a hospital were seeing and communicating with doctors. In fact I never spoke one word to one until I was in my 20’s and working in a hospital where I HAD to interact.

I liked nurses, and would interact with them. Remember, back then doctors were men and nurses were women. I felt better around women in the medical field.

What happened, in probably 3rd or 4th grade was that I had to have a wart taken off my toe.

No biggie right? It is my toe, nothing to do with my arms. Almost the minute my mother was asked to leave the examining room, in poured a bunch of male white coats! All of a sudden all these doctors were grabbing my little arms, pulling and turning, twisting and examining. I started to whimper. I remember shaking. I felt so helpless! I was terrified! Not exactly sure of what my fears. 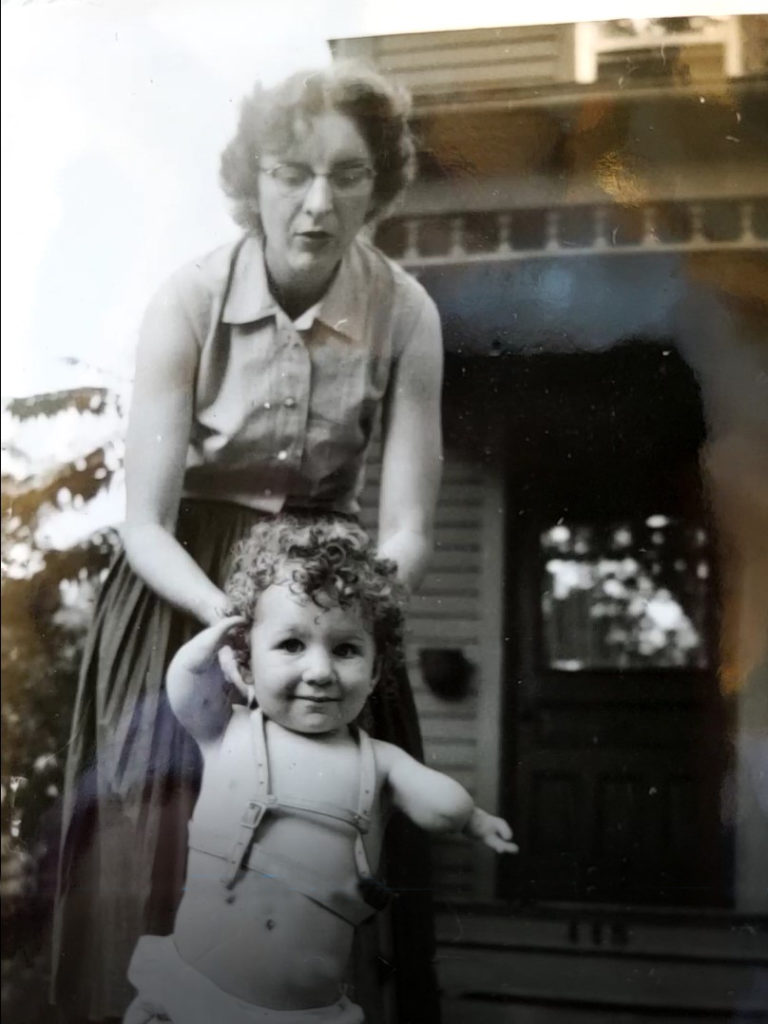 As if on cue I remember my Mother storming through the examining room door. She had a look of HORROR on her face! She was pissed! I remember hearing a swear word (or 2?) come out of her always proper mouth! I felt swooped up into her arms and whisked away! We fled like the house on fire!!

I could NOT stop crying. My Mother tried to console me, but she still had to go to the commissary where we would get our month’s worth of food. Since we lived off base, we still traveled the 45+ minutes to the nearest Military Base for medical appointments, the monthly food shopping and every other advantage the base had to offer. This was but one of the ways my mother saved money. It was said she could squeeze Lincoln off of a penny she was so tight. She and my father were children of the depression, and it left them having a fine appreciation of a savings account.

So Mother being organized HAD to get our monthly groceries. I could not bear the idea of going back into public. She was going to let me stay in the car (ha! not anything a parent would/could or should do these days, but it felt completely safe and all I could handle. Army Bases felt the safest of all places).

She wanted to help me, she encouraged me to talk about what had happened. I simply could not. Not to her, not to anyone. My Mother was not what one would call a “au natural mother”. She had a stern face, these days it would be called an RBF (resting bitch face). But that day, in the car, just the 2 of us, she tried so hard to comfort me and to do whatever she could to help me talk it out.

Thing was, I had never even said the word arm. I never went did until I was 18 years old either. We simply did not talk about my arms, or my being different or anyway anyone wanted to put it.

She told me so sweetly and calmly how sometimes when something bad happens even though we did nothing wrong, we need to talk about it. She said it can be like an illness that grows if we don’t get it out by talking.

I have NEVER forgotten those kind gentle and very aware words.

But I could not talk, I could only cry. And we never talked about it.

I don’t remember how i ever got that damn wart off my toe!

My only image of what “handicapped” was were the smelly, toothless men in ill fitting clothing, sitting in wheelchairs on the sidewalks, selling pencils in front of stores. My mother and father would whisk me by these people. I was taught that everything about them was wrong, lazy, and even dangerous.

I could not be “handicapped”. But I got called it in whispers, in relatives’ houses the few times we’d visit, or other times I could sneak up on low volumned conversations.

When I said my prayers at night, I never once thought to ask God to “fix” my arms, or change them. It was so confusing to me that my amrs were something terribly wrong, a real problem. I felt loved. But it was becoming more and more confusing. was something wrong with me? My arms? everyone else?

I prayed to God many nights to ask Him to make my face so pretty, no one would notice my arms.

This is an example that I was thinking People were the problem.

These were the years that i realized that I would be stared at every single place i ever went to. Every event, every outing , each adventure had the draw back of too many questions on my one forbidden topic. Too many times people looking at me and screaming! Strangers SCREAMED at a little harmless girl. And again I felt powerless to change it. One of the things i hated the most was when I’d walk down an aisle and a Mother would grab her children and pull them towards her. I felt like they thought I was a disease that could be caught.

I would do my best to hide my arms behind my back, if possible unroll my sleeves, but mostly I tried and tried to ignore it all.