The Glass Ceiling of Thalidomide 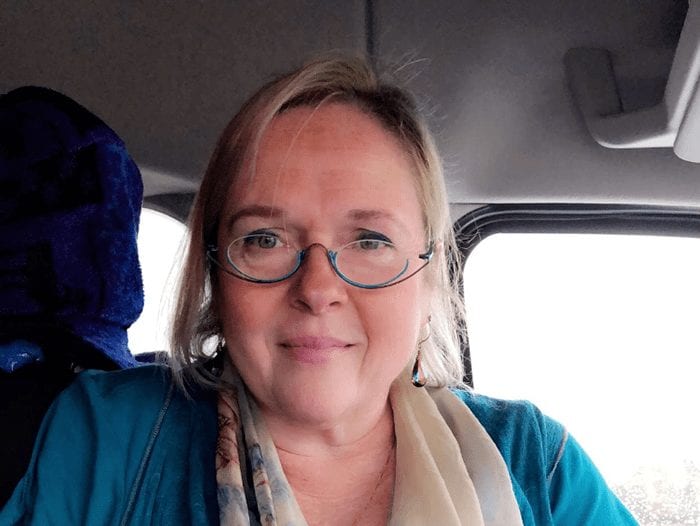 Thalidomide survivors can only go so far.

I am sitting right now, looking upward at a glass ceiling right above my head, so close that it concerns me. I can see where I want to go, but I just can’t get there, due to a barrier. It was placed between my goals and me, 58 years ago, by thalidomide.

In order to explain this concept, I need to “come out,” first, as a thalidomide survivor. This is not something I have embraced, or even known for long; but once the truth began to emerge for me a few years ago about this drug in the US, I was certain this was my identity. For those who know what thalidomide is at all (and if you’re under the age of 70, you may not know), you likely heard that thalidomide was never approved for use in the United States. It was a sedative on the market in Europe and Canada in the late 50s, early 60s, with a miraculous “side effect” of having the ability to relieve morning sickness for pregnant women. You may remember that Dr. Frances Kelsey prevented the new sedative from being approved by the FDA.

But few will know that the drug was, indeed, distributed in the US – in anticipation of FDA approval – as samples by more than 1,200 doctors in more than 40 states, part of a “clinical trial.” Even fewer know that many women were misled by their doctors, and had no idea what they were being given.

I believe my unsuspecting mother (the true victim here) and I fall into this category, and that the pills her doctor gave her, very early in pregnancy, that he later asserted had been vitamins, were actually thalidomide. Which makes my disability make perfect sense. Thalidomide left behind serious birth defects in the unborn child. I am one of the lucky ones; I’m alive.

As a survivor of thalidomide, I have many of the signature traits: bilateral phocomelia (shortened and deformed arms), and bilateral PFFD (absent femur in both legs). Both contribute to having constructed the glass ceiling I now look at.

I’m convinced that I would be farther in my career if handshaking were not so important in the business world. The handshake seals the deal. A person’s handshake tells you a lot about them; is it firm? Limp-fished? It’s the greeting and it’s the farewell.

But what of the handshake that the person hesitates on? If you can’t figure out how to shake a person’s hand . . . is the deal unsealed? I have two very non-standard hands, and I attempt to make the best of it. If the person looks like they want to shake my hand, but can’t figure it out, I will grab their hand first to put them out of their misery. Sometimes they just vigorously head-nod, and keep their own hands out of sight, so I take that to mean the handshake is not going to happen, so I just talk them through it and try to put them at ease.

(And by the way, I’ve seen them all: the shoulder pat. The person who extends their left hand because they think that’ll be easier for me. The hug instead of a handshake, even when it’s completely out of place. And then, the jovial fist bump too. In a business setting. I kid you not.)

The lack of the handshaking ability, plus the fact that I ride around on a scooter, are a glass ceiling. There is only so far I will ever go in business. I have never seen a Thalidomider in the position as CEO of a Fortune 500 company. Have you? If you can’t easily and effortlessly execute the handshake, and you’re riding around on a scooter, you might as well get comfortable where you are. Because that’s where you’ll stay.

The other glass ceiling.

But there’s another glass ceiling we are likely to contend with, especially if we need aide service or personal care assistance, and that is we simply can’t earn over a certain threshold; we can’t earn too much.

This is how this plays out. You need help with laundry, with reaching stuff in your house, with cooking, and with getting ready for work every day. So you qualify for aide service to help you, in connection with working; as long as you stay working, you’ll get the aide service.

But you can only earn up to a certain amount. If you begin to experience too much success, and you get a promotion and a raise, you are over the income limit. And your aide service is cut. Because after all, now you’re rich, so you shouldn’t need help.

But even with your new salary, you can’t afford the aide service you just lost. The raise doesn’t begin to cover it. So then you can’t do your laundry any more, and you can’t get up and out to work. The aide service was needed, but can only be had if you stay under that glass ceiling. Break through, and the whole house of cards comes tumbling down.

About 7 years ago, I realized thalidomide was distributed in the US by the Richardson Merrell drug company, practically around the corner from where I was born, in Cincinnati, Ohio. And then I found out there were several of us born at Jewish Hospital in Cincinnati, all in 1962. We are only now beginning to find each other. We have so much in common: this glass ceiling was placed between our goals and us; our true potential and us; the vastness of life and us; by thalidomide.

Yes, it is true I would not be the same if it were not for my disability, and I do like who I am. But it is also true that, were it not for thalidomide, I have no idea how high above that glass ceiling I may have been able to go.

“Originally published at Grover Web and Design. Reprinted with permission.”