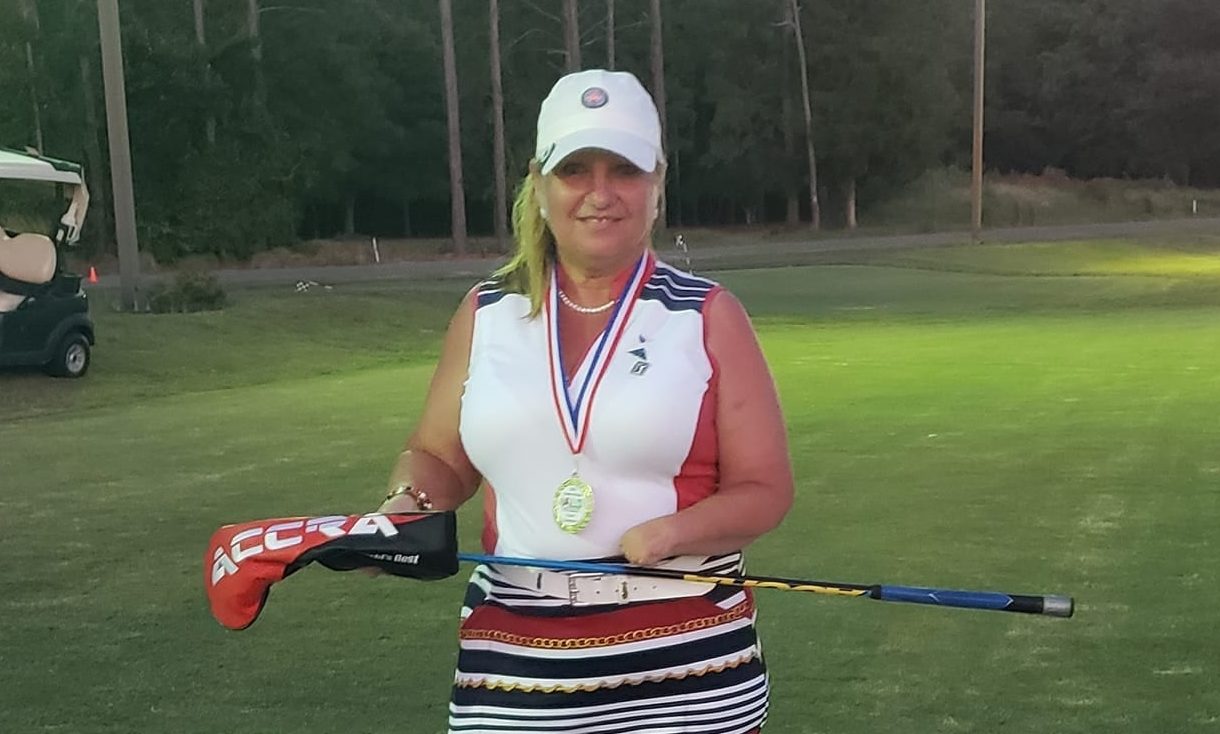 When Gianna Rojas decided to take up golf to play with her husband 10 years ago, she found a lack of resources for disabled golfers. There was no one stop resource hub to find adaptive equipment, information, or for that matter any instructors that had taught individuals with disabilities before. Something was missing.  So, she set out to do something by becoming a Golf Concierge between the industry and golf enthusiasts with disabilities. She founded Adaptive Golfers in 2017.

USTS is pleased to welcome Gianna as the second presenter in our Online Speaker Series, where she will share her experience as a US Thalidomide survivor, and her journey to competitively play a game she loves! Join us on Saturday, January 30, 2021, 8am PST / 11am EST / 4pm UK, by clicking this link to join!

In 1962, Gianna was born with no fingers on her left hand. Her Father served in the Navy and as a child moved often like many military families do. She was always the new kid and one who was visibly different. She encountered many challenges with other children who were not so accepting during her childhood.  Gianna recalls: “They weren’t so nice to me. They have a term for it now; it’s called BULLYING.”

As a young girl growing up in the 1970s, she became a March of Dimes poster child for the state of Florida helping raise funds for the nonprofit to support research on healthy pregnancies and preventing birth defects. As a child with no notion of the game of golf, Gianna had the opportunity to meet and sit on the lap of the world-renowned golfer Arnold Palmer who was supporting the March of Dimes as they transitioned from their fight to eradicate polio to a campaign to prevent birth defects.

Many years later, Gianna often found herself excluded from her husband’s group golf outings which eventually led her to take up the game as well. Today, she’s known as the “One-Handed Lady Golfer” and Founder of Adaptive Golfers, a nonprofit striving to expose people of all abilities to the sport.  Through their programs and advocacy efforts Gianna helps bring the individual’s mindset from questioning “Can I?” to “How Can I?”